Eurozone finance ministers are due to meet in Brussels on Monday to take the final decision on Greece’s new bailout in what is likely to be Evangelos Venizelos’s last participation in such a meeting after he was named PASOK’s only candidate in an upcoming leadership election.

It was expected that former Citizens’ Protection Minister Christos Papoutsis would take part in the contest but he failed to collect the 94 signatures from national council members in order run for the party presidency.

The apparent success of the private sector involvement, or PSI, for bonds written under Greek law is not a panacea and may have come too late to make the country’s public debt sustainable. Nevertheless, PSI reduces significantly the potential risk of a Greek exit from the euro.

The future government’s ability to capitalize on this lower exit risk to attract private investment and convince the Greek public that the country is making progress will shape Greece’s future to a great extent.

Athens is responsible for the delays in the absorption of European funds at the same time that the economy contracted by almost 7 percent in 2011, the head of the European Commission, Jose Manuel Barroso, told Greek Prime Minister Lucas Papademos in a recent letter.

With the rate of utilization of resources from the National Strategic Reference Framework at low levels, Barroso leveled criticism at the Greek government regarding the non-implementation of the initiative announced for the operation of two funds.

In Greece over the weekend, attention turned from the bond swap to the upcoming general election, as my colleague Graeme Wearden reported. Antonis Samaras of the New Democracy party appeared to launch the campaign on Sunday (even though a date hasn’t even been set yet), warning that a coalition government would struggle to implement reforms in Greece. Meanwhile, Evangelos Venizelos emerged as the only candidate to take over the leadership of the socialist Pasok party.

Analysts fear that a Greek general election could simply deliver more confusion and disharmony, as neither New Democracy nor Pasok (let alone the smaller parties), are likely to win a majority.

Greece hopes to get 1 billion euros ($1.31 billion) in financing from the European Investment Bank (EIB) this year as a stimulus for its ailing economy, a senior official said on Saturday.
* EIB reluctant, row with the EU Commission over the funds
* Channelling the funds via local banks could be a solution
Greece and the European Commission are pushing the EIB, the European Union’s long-term investment arm, to disburse the funds, said Gikas Hardouvelis, top economic adviser to Prime Minister Lucas Papademos.

Greece Out of Default Emergency Room, But Far From Being Cured

This is not a triumph: it is one of the worst sovereign debt restructuring in history. It laid bare the lack of governance of the Eurozone and the risks it carries for the Euro and the Eurozone. The satisfaction of this indispensable achievement and step should not hide the fact that it would have been at least three times more costly than needed. The Eurozone needs a serious reform and structures that are less dependent on political infighting.

The Heads of State and Government of the Eurozone, and primary Frau Merkel and Monsieur Sarkozy, were not able to take swift and decisive actions and assume their leadership responsibility as the two countries who represent together 47% of the Eurozone. That lasted over two years. It is in May 2010 that one of the twenty European summits on the Eurozone crisis decided to create a 400 billion euro European Financial Stability Fund to rescue Greece. So far, it lent less than 20 billion euros, and nothing to Greece.

Greece’s private creditors agreed to take cents on the euro in the biggest debt writedown in history, paving the way for an enormous second bailout for the country to keep Europe’s economy from being dragged further into chaos.

Greece would have risked defaulting on its debt in two weeks without the agreement, sparking turmoil in the markets and sending shock waves through the other 16 countries that use the euro.

Debt Haircut for Greece – ‘The Problem Has Only Been Deferred’

Nearly 86 percent of private investors have agreed to join in the debt-swap deal that will help Greece avoid an uncontrolled default. But is that good news? Many experts have their doubts. In a SPIEGEL ONLINE interview, economics professor Harald Hau argues that not only will the plan put the burden on taxpayers, but it will mean an even bigger crisis to come.

A top European Central Bank official says the 17 countries that use the euro will probably see a “very mild recession” this year and that higher oil prices should not have a lasting impact on inflation.

Benoit Coeure, an ECB executive board member, told Japan’s Nikkei newspaper that growth was held back by scarce bank credit and necessary government budget-cutting because of problems with debt in some eurozone countries.

Greece will be the focus of Monday’s Eurogroup meeting

The Eurogroup, which includes eurozone finance ministers, the president of the European Central Bank and European Commission chiefs, meets in Brussels.

Greece took an important step towards its second bailout on Friday after it managed to win a crucial debt swap.

So after all the weeks of angst and protest, Greece was able to restructure its debt. But it couldn’t do so without imposing losses on unwilling creditors, and so late Friday the International Swaps and Derivatives Association declared that Greece had defaulted at last, triggering among other things credit default swaps on Greek debt. The world did not end.

The real systemic danger would have come if lenders could have been forced to take 70% losses on Greek debt without their insurance kicking in. Sovereign debt would have become uninsurable.

Triggering the CDS in Greece might even help Europe reduce the risk of contagion in the months ahead. It shows that private bond insurance is still worth something, and that Europe’s governments won’t run entirely roughshod over private contracts when it suits their political purposes. Greek’s default is only one chapter of a much larger economic and political tragedy, but at this stage any good news is welcome.

Greek bail-out to get sign-off from eurozone ministers

Eurozone finance ministers are expected to rubber-stamp Greece’s bail-out on Monday, despite concerns the country could need another rescue package.

Finance ministers will meet in Brussels tomorrow to give their final approval to the second bail-out, worth €130bn (£108bn).

Part of the aid package was immediately unblocked after the country pushed through a sovereign debt restructuring last week, persuading investors to forgive more than €100bn of debt.

That will lead to the declaration of a “credit event” that will trigger about $3.2bn (£2bn) of credit default swap insurance payouts.

Greek Finance Minister Evangelos Venizelos told CNBC the completion of a debt swap was a “new starting point” for Greece and the triggering of credit default swaps was a technicality that will not affect the country’s economy.

“The credit event and triggering of the CDS is something internal,” Venizelos said in an interview. “This is a kind of dealing room between banks and financial entities. It’s not something important for us as a real economy.”

After helping to push through a Greek debt restructuring that is the largest in history, eurozone governments will revive a debate about boosting firewalls to shield Spain, Portugal and other vulnerable economies from the flames of the crisis.

Finance ministers from the 17-member club are set to discuss the issue at a meeting in Brussels on Monday evening, according to European Union officials, although no decisions are expected.

Greece’s deep recession and unpredictable elections threaten to turn the biggest debt restructuring in history into yet another short-lived reprieve, although the existential threat posed to the euro zone is not what it was.

Last week’s deal, under which private creditors agreed to lose most of their investments in Greek government bonds, should allow euro zone finance ministers meeting on Monday to declare they will pay their part of a 130 billion euros bailout, Greece’s second in two years. The International Monetary Fund will finalize its contribution later in the week.

German Bund futures opened higher on Monday as the relief spurred by Greece’s debt restructuring faded and was replaced by concerns about growth and whether the crisis may flare up in the euro zone’s other weak economies.

June Bund futures rose 22 ticks to 138.72, edging to within 6 ticks of the contract high, with investor focus switching to whether a fragile growth outlook could derail debt-laden Portugal, and cause fresh worries in Spain and Italy.

IMF Managing Director Christine Lagarde said on Friday that after consulting with the IMF’s Executive Board, she will recommend it approve an Extended Fund Facility to help support Greece.

The International Monetary Fund next week will consider making a loan worth 28 billion euros (US$36.7-billion) to Greece over a four year period, as part of a second international bailout package for Athens.

The loan size would be at the upper end of the amount expected and for a year longer than similar IMF programs.

Greece triggered the payment on default insurance contracts by using legislation that forces losses on all private creditors, the International Swaps and Derivatives Association said on Friday.

The decision by the EMEA Determinations Committee to declare a so-called credit event was unanimous, ISDA said in a statement.

Economic View: Greece has the worst of all worlds; no one in their right mind would buy its debt

Greece has been billed as the largest sovereign debt restructuring ever, and I suppose that is right. It is also, as has been widely observed, the first developed country to go down that route.

But the thing that strikes me is that the scale of the loss to private bondholders is very large even by the standards of such events. They lose something like 70 per cent of the face value of their bonds and are given new bonds in exchange. But those new bonds are not worth their face value either, though we will have to wait for a few days and see how the market settles before we know quite what these things trade at. But it looks as though they may be worth only half their face value, with Louise Cooper at BGC Partners estimating the real loss at 80 to 90 per cent.

Credit default swaps are insurance products. It’s time we regulated them as such.

Last week, Greece officially defaulted on its debt. (Unofficially, it defaulted long ago.) This formal default on about $100 billion triggered payment of $3 billion in credit-default swaps. These are the non-insurance insurance products that pay off in the event of a default. 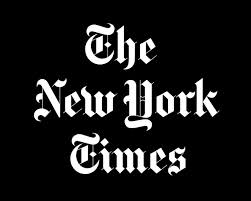