The Eurosceptics have moved from blogs, to op-eds, to political campaigns. A new wave of populist politicians who oppose greater European Union integration or question the raison d’étre of the EU are vying to make big wins in the upcoming European Parliament elections in May. The first signs come from French Municipal Elections in France. About 19 cities turned to the National Front party lead by Marine Le Pen. A serious Eurosceptic party of the far right.

Without a doubt, the outcome of the elections will be the most divisive since direct elections for Members of the European Parliament (MEPs) were first held 35 years ago. Of course, it remains to be seen how the 300 million voters in the 28 member states of the EU will vote on Election Day. What is certain, however, is that Brussels is to blame for the growth of Eurosceptic parties across the EU.

The rise of the Eurosceptic parties, which are united in a deep distrust of anything coming from Brussels, is the result of the increasingly irresponsive organisations and institutions of the European Union. One example is the EU’s inability to address the troubles of one small country – Greece. For the first couple of years, the Greek crisis was treated as just that – a crisis of the lazy, corrupt and inefficient Greeks. Then, the crisis was perceived as a wider problem of the southern Europeans dubbed as the PIGS (Portugal, Ireland, Greece and Spain). It seems the EU preferred to make decisions based on these scenarios creating divisiveness, rather than addressing the structural problems of the Union fast.

The truth is that the European Union was not fast enough to react to market distortions and inefficiencies in its Member States. Instead, the EU allowed the debate to turn into a witch hunt – looking for someone to blame, rather than dealing with the underlying issues like the inefficiencies of the EU’s Single Currency and the fiscal union.

Ironically, it is the Union’s handling of the Eurozone crisis that lead to the rise in populism and the backlash against the leadership of the 28-member bloc.

For the first time in the history of the EU, an unprecedented number of voters from across the 28-member bloc will vote for parties that are strongly questioning the effectiveness and even the relevance of the EU. The southern voters may unfortunately lead the way since they feel they have been punished by the EU reforms of severe austerity. Who wants to continue calling oneself a Europhile when they feel they are being punished?

The irony of the situation is that the European Union has itself created a strange incubator of criticism and inflexibility. The question now What type of Europe we want and how will the Union EU turn things around? 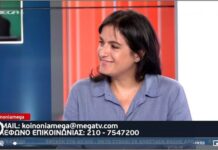