What is the future of European competitiveness? This was the question tabled by INSEAD at its Global Leaders Conference in Paris on July 6.

My talk at the conference focused on the difficulties faced by Europe to maintain its competitive edge over frontier markets like Asia.

I argued that one of the biggest flaws of the European economic model is its burdensome high level of transaction costs and administrative barriers, which are slowing down economic growth. I believe that Europe needs to introduce deep regulatory reforms (structural reforms) aimed at simplifying markets and encouraging innovation, as well as the creation of new sectors.

These structural changes are also extremely crucial if Europe is to transform its burgeoning informal economy into a vibrant formal productive economic base.

And short of trying to out-perform the competition, I argued that the “Blue Ocean Strategy” is vital in creating a new market (or blue ocean) to make the competition irrelevant.

As a former World Bank economist and presently a CEO of a global social entreprise based in Washington, DC, I know first hand how important is all this. My company, Panel Group, is based on the triple bottom line business model. It’s aimed at implementing new structural and regulatory models to secure property rights with private funding. As a social entrepreneur, my job would be a lot easier in the United States or in Frontier markets (Latin America, China, India) than in Europe.

Why? Because Europe’s due to overregulation longstanding transaction costs have created a complex and convoluted operations system bogged down by too many vested interests. It’s a situation that is very difficult to change.

It is not too late to turn things around in Europe and create high-level innovative industries (specialized tourism, bio technology, a combination of technology with the traditional industry, services with technology). To do this, Europe first needs to simplify its way of doing business, turn processes leaner but with serious and strong enforcement. Failure to do so will result in a flow take over of European industries by Asian and other markets.  The choice lies in Europe! 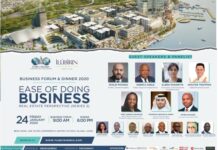